We are super excited about our new album titled

This Side of Heaven

Hear the teaser below of the 1st track from the new album.

Brent Barker is the guitarist for Desert Dragon, Book of Numbers, I Don’t Know- The Ultimate Ozzy Experience, and St. John. Brent also performs as a solo artist, producing a critically acclaimed instrumental album which also featured Chris Frazier (Steve Vai, Whitesnake, Foreigner) and Brad Lang (Y&T). The album was the only independent release to become the top ten most added to Heavy Metal format radio during it’s release period in the fall of 2018.

Rick Brandt is a Los Angeles based musician originally from West Texas. Rick’s unending energy, classical training and eclectic tastes led him to explore other instruments and all genres of music. He has been fortunate enough to tour the entire continental North America many times as well as the rest of the world.

As a studio musician, Rick has recorded hundreds of tracks with some of the best fellow musicians. Rick’s work has won the “best new band” Gospel Music Award in 2003 playing electric guitar with the Gabe Martinez Band. He has filled in for Dan K. Brown (The Fixx) on bass. He has toured with Cy Curnin (singer of The Fixx) on cello.

In addition to writing commercial music for various tv and film, Rick is currently writing a few books for string quartet arrangements of modern and classic songs which will be published in the near future.

Greg Patnode is a Los Angeles based songwriter/guitar player and founder of the band Desert Dragon. He started playing guitar at an early age. While in several bands on the Sunset Strip he found a sound that people liked and incorporated it into his music. Songs “Save My World” won the award for Best Rock Song and “Darkness Shines” and “Miles Away” both landed on Billboard. Worked with Ron Nevison (Led Zeppelin), James (Jimbo) Barton (UFO, Queensryche), Ralph Patlin (Megadeth, MSG), Wyn Davis (Guns N’ Roses, Dokken) et al. Currentlyin the studio finalizing Desert Dragon’s album#4 titled “THIS SIDE OF HEAVEN”.

Lenny Roberto is a professional, seasoned drummer with a long list of rock credits including having played with Ronnie Montrose, Jack Russell, Doug Aldrich, Gilby Clarke, Nuno Bettencourt, Jeff Scott Soto, Oni Logan, Rowan Robertson, Teddy ‘Zig Zag’ Andreadis. Lenny ability to listen well to his fellow band mates in the heat of a jam and seamlessly drive the train anywhere it wants to go has made Lenny Roberto a favorite call within the west coast rock touring community.

Michael Smith is a Los Angeles based keyboardist whose passion is composing music and songwriting. In his first year of high school he landed the role of pianist in the school jazz band which created extensive opportunities throughout his three years in high school to lead his own band in performing at community functions. After receiving an AS degree in Electronics, he attended the Dick Grove School of Music for two years and completed extensive programs in Composing, Arranging and Film Scoring, studying with the top TV and Film composers working in Los Angeles. This led to working as an independent composer / arranger until his interest and involvement in songwriting eclipsed his composing. Since high school he has been active as a gigging musician accumulating a variety of diverse playing skills.

Listen to "Takin It Easy Now" the track featured in Classic Rock Magazine.

For more info on the European Tour visit... https://www.facebook.com/desertdragoneurotour/?fref=ts 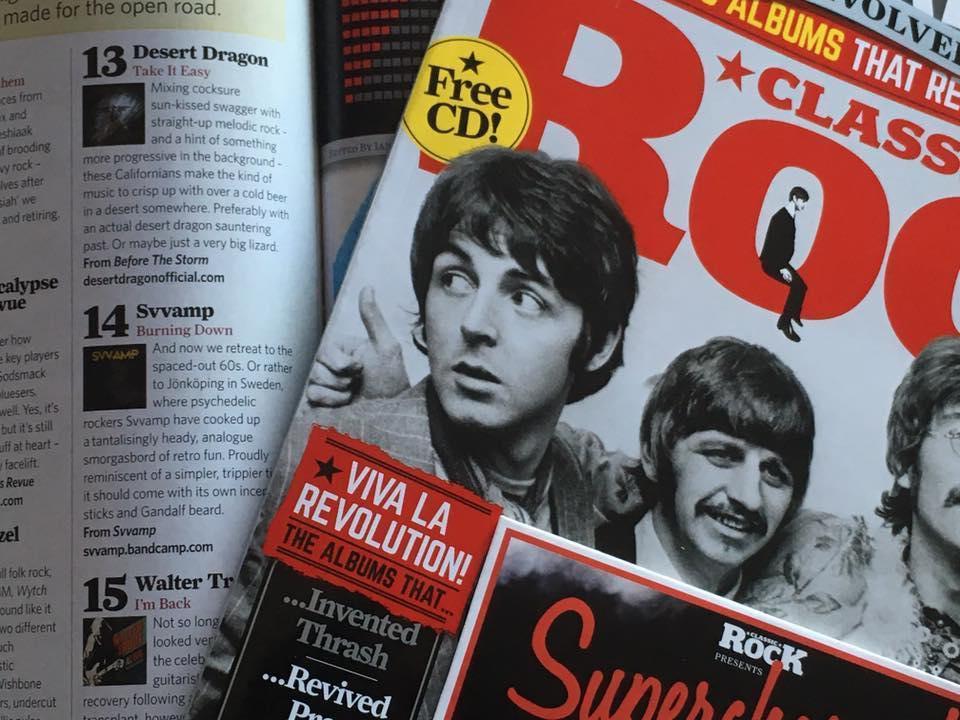 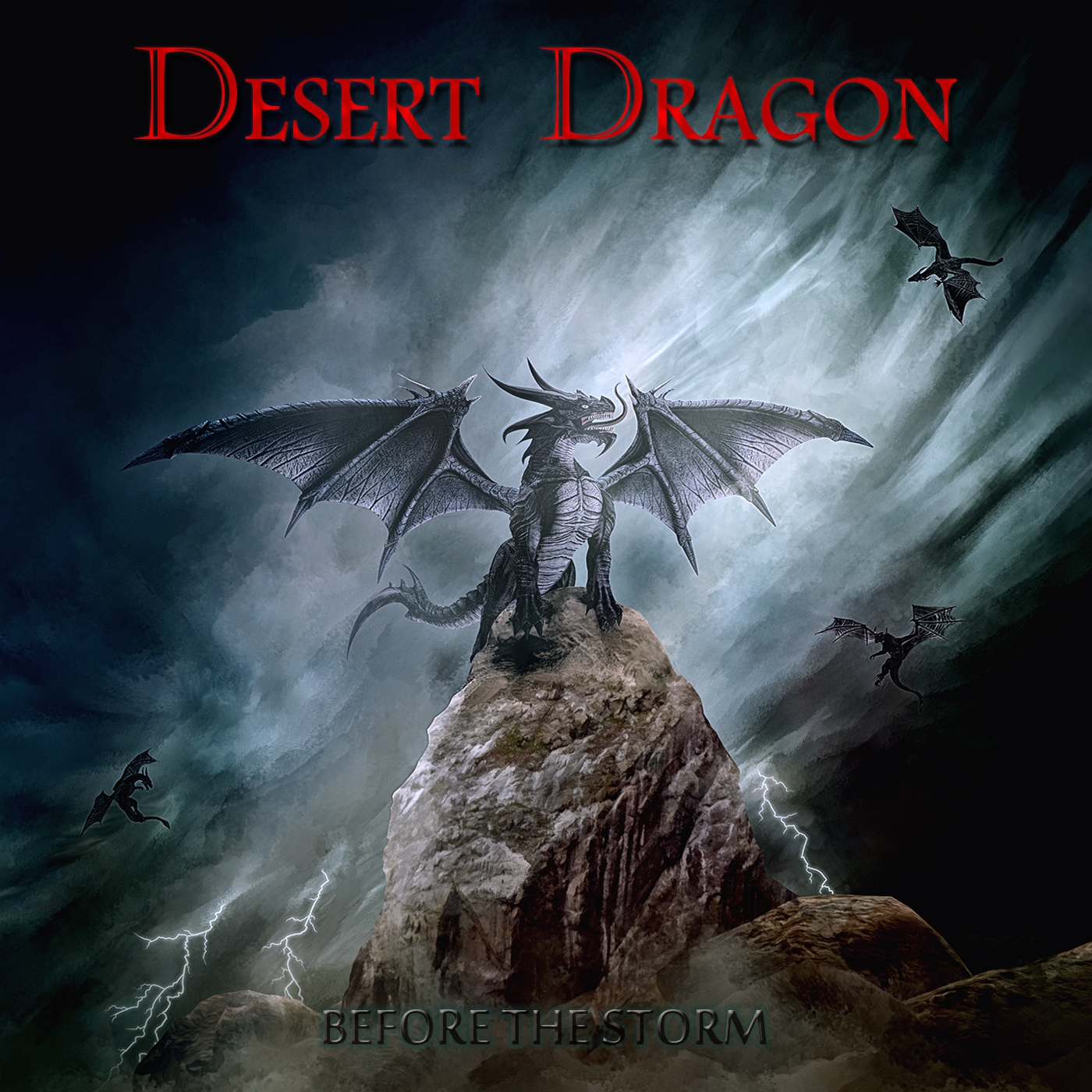 Before the Storm is Desert Dragon’s third album, Prior to this release, the band issued two other albums, the full-length Desert Dragon and the EP Desolation) both with former lead singer “Ross”.

The album kicks off with an instrumental song called “Desert Dragon”. While listening to this song I kept expecting the lyrics to start, but they never do. The song can easily be something you would hear on a movie soundtrack. Starting with this track the listener can tell that they are in for an interesting listen. The next song “Save My World” starts off right where the last song left off.

Stream another Song "Taking It Easy" From Desert Dragon's Upcoming Album "Before The Storm" Below... 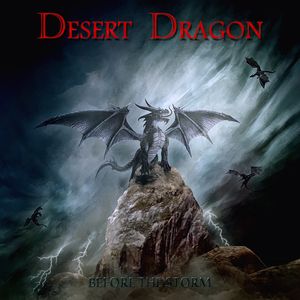 Desert Dragon will be performing with ASIA live at the Canyon club friday June 19th 2016.


To Order the CD Before the storm Click Here... 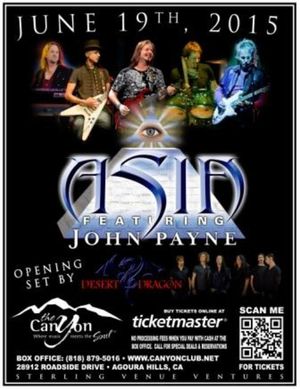